Turn on the Forehand; How to Ride a Balanced One

Have you ever found yourself halfway through a turn on the forehand; either purposely or not?  Perhaps you were out hacking and there was a gate… You tried a little turn on the forehand, just like you had heard about, to open it, but ended up dismounting!  Or maybe your instructor or trainer mentioned it, you tried it with the best of intentions, but the final result looked nothing like how they explained it?!

Turn on the forehand is often seen as the very first introduction to lateral work for you and your horse.  It is a great movement to begin introducing the concept of ‘yielding’ to your horse and because of this, is one of the best ways to set your horse up for leg yielding.  It requires discipline, balance, and coordination from your horse and it is a wonderful way of assessing those same qualities; discipline, a balanced seat, and coordination of aids, in the rider too.

However, because it is seen as the ‘entry-level’ lateral movement, most riders do not spend enough time really mastering this movement before moving onto other, ‘more exciting’ things in the saddle!  In fact, because the turn on the forehand has been ridden so badly for so long by so many riders, a lot of instructors and trainers no longer use this tool when training riders and horses.

This is a pity because while turn on the forehand might only be the beginning or first step of the lateral ladder, it does not mean that it is the easiest movement in the book to master.

In fact, the mere fact that you are introducing something new to your horse and then will use the same principles to build your further lateral movements should dictate that the ability to ask for and then ride a turn on the forehand should be of much greater importance when training riders and horses.

I have found that the reasons many riders struggle with turn on the forehand is due to a lack of understanding about setting it up, confusion regarding the aids to work through it and also, lack of clarity on exactly what the horse should be doing with his body and feet to correctly perform the movement

What is Turn on the Forehand?

So, what is turn on the forehand?  Well, the simple explanation is that the horse’s hindquarters or back legs move in an arc or circular shape around the front legs, which remain very close to where they started for the duration of the movement.  So imagine your horse has halted square and you prepare to ask a turn on the forehand to the left.  Using your left leg, your horse will begin to move his hindquarters away, yielding, to your requests.  All the while, his front feet will remain in the same area as he moves his hindquarters around them.

Your horse’s back should remain straight throughout the movement, so no curving or bending.  However, he will have a slight flexion at the poll to the inside, which he will maintain throughout the movement.  He will also step with all four feet, in sequence to walking, but with only the hind feet really covering any ground.   The front feet will merely march or keep time on the spot for all of their steps.

The rider must remain balanced throughout the movement.  They must ask for the flexion with the inside hand, weight the inside seat bone slightly, ask for ‘over’ with the inside leg, and then use the outside rein to balance that movement.  The outside leg will act as a ‘barrier’ of sorts, but also will help to keep the activity in the ‘steps’ as the horse moves across in turn on the forehand.

When written in black and white, this all sounds simple enough, but such a simple explanation leaves the door wide open for a lot of different variations and wrong practices within the movement itself.

Left or Right? Depends on Flexion

The first part that can be confusing for many riders is the actual direction of the turn on the forehand itself.  If you are asked to ride a turn on the forehand to the left, your horse’s poll will flex slightly to the left – making this the inside -, his head will travel to the left during the movement and this, in turn, means the hindquarters will actually swing to the right (hence the confusion).

So the named direction of the turn is the same as the flexion of you horse while he is performing the turn.  Your horse will be flexed to the inside, which is the leg you will ask your horse to move away from or yield to. So a turn on the forehand to the left will see your horse flexing through his poll to the left while moving to the right off your inside (left) leg

Front Legs; Stationary or Not?

Many riders are concerned that teaching their horse the turn on the forehand, with the front legs remain almost stationary, will surely mean that there is no forward movement happening – and this goes against everything they learn about riding.  However, I think this misconception comes from the fact that many riders think of turn on the forehand as just the back legs moving, the inside across in front of the outside, as the horse turns, with the front legs twisting along afterward, and forced to eventually move.  This is incorrect.  A true turn on the forehand will keep the rhythm and footfalls of the walk while it is happening.

Think of it like the inside hind leg moves across in front of the outside hind leg, and in order to maintain alignment with the direction of the body, each of the other feet will step up, straighten out and put down, where they realign with a ‘square’ and also so as to keep the horse and rider balanced.

So, while the horse is certainly not moving forward in the true sense of the word, the activity should be maintained throughout the movement

Inside Leg to Outside Rein

Another way to think about creating forward energy is by emphasizing the relationship between your inside leg, your horse’s inside hind leg, and the outside rein while the horse is performing the movement.

Your inside leg will ask for the sideways movement, the horse will lift his inside hind leg and as he swings it across in front of his outside hind leg, your outside hand will subtly connect with that energy and tell him where to put it down.

Your outside leg will help to maintain the forwardness by reminding your horse, if necessary, to straighten up or align his outside back foot with the new position of the body.

I also want to highlight how the riders balanced seat and coordinated aids play a big part in successfully riding a turn on the forehand.  Many riders try to shove and push their horse around in this movement.  They collapse their inside shoulder and, consequently, their core muscles on that same side.  This causes their weight to shift to the outside of the saddle and is often the cause of the horse scrambling to get back under the weight of the rider to try to maintain balance for both.

Remember to sit up through your body and ask for your horse to yield to your leg, not force.

I suggest that all horses are thought to yield to his pressure on the ground first, whether it be in the stable or through groundwork exercises in the arena.  Then, if your horse still struggles to understand, ask a person on the ground to help you.  Keep in mind that if your horse is confused, the chances of him doing the correct thing and, importantly, realizing what that was are very slim!

Also, think of sitting up through your body and carrying yourself, so that when your horse does move sideways you are giving your body the best possible chance of, gracefully and subtly, following him there.

Additional Resources on This Topic:- 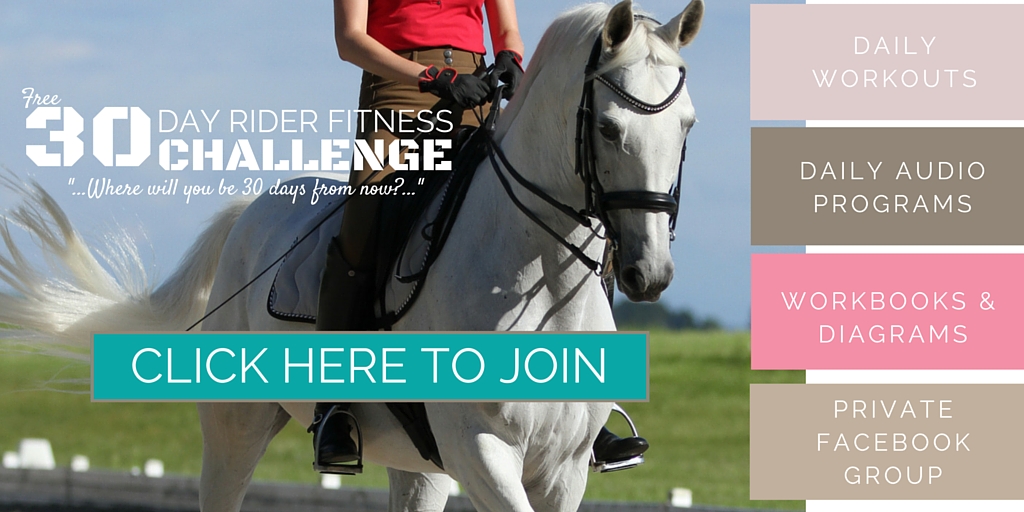 Stop Trying to Control Your Horse! 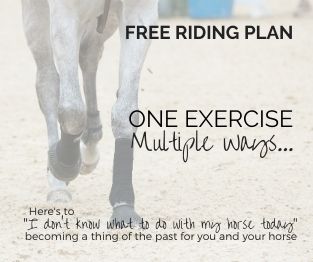